I was supposed to attend a wedding this past weekend.  I had my tickets for traveling purchased.  I had planned for several months in advance with great anticipation.  This was going to be a very special weekend.  Then fibro decided that my plans needed to change.  I took too long getting over a respiratory flu bug, and followed it up by having a frustrating flareup and taking an additional week to get back on my feet.  By the time I could find the strength to even leave the apartment for a short duration it was crunch time and big decisions had to be made.  I had to choose to go and risk spending the whole time traveling and there being sick or surrender to the flareup and miss the whole thing.

As you may have guessed from the first line, after great internal debating, I made the disappointing decision not to go.  I have written before about being realistic about the fact that you will have to occasionally cancel your plans due to flareups, but it has been a long while since I have missed anything of this importance for health reasons.  It is easy to say, but not as easy to work through in real life.

Thankfully, I was still able to see some of the beautiful pictures on facebook and plan to attend a closer reception for the couple later on this year, but it was a stark reminder that there are times when my condition gets the upper hand, and I simply have to make a wise decision no matter how much I want to disregard it and do what I want no matter the consequences.  It's not fun, but it's a fact of living with a chronic condition.

When you are running short of spoons anyway, you cannot afford to budget yourself into a severe deficit without a contingency plan.  Your supply of spoons is not the federal government, it will not allow you to just keep raising the debt ceiling--at some point you will just crash and cease functioning.  It is always best to avoid this result, but it is particularly problematic if it happens while you are hundreds of miles from home and traveling alone.

On the other hand, while it was a discouraging week in regard to physical health and missing out on exciting family events, it has not meant I am crawling in a hole and waiting for the flareup to go away.  I have found that when one aspect of my strength and energy is taxed beyond endurance, rather than ignoring the lack of energy it can be more effective to take the battle to a different front. 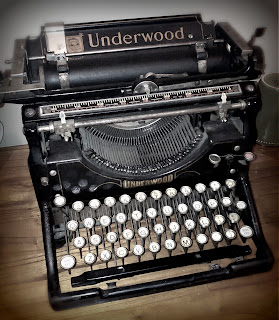 In this case, while I have been too sick to do any extensive traveling or even getting out of the apartment much over the past couple weeks, it has been an intensely busy season for my mind.  November 1st marked the beginning of NaNoWriMo which I am participating in for the first time this year. Just for fun I've included an automatic word tracker along the side of this blog that is automatically updated each time my word count goes up, so you can track my progress if you're interested.


I am also working on my first non-fiction book based on this blog that will allow me to dig a little deeper into some of the more helpful posts from the past couple years.  In the middle of all of that are some pretty lofty goals that I have never successfully completed before, and there are some I have never even tried.

It doesn't change the fact that I couldn't make it to the wedding I was hoping to go to, but it does help me keep my brain churning and it does help me practice working towards goals that once seemed impossible.  There's no guarantee that I'll actually finish the 50,000 word goal for NaNoWriMo in the month of November, and there's no assurance that the book based on this blog will ever be a best-seller, but these are two things that have always been goals I wanted to pursue.

My takeaway from this week has simply been: don't let discouragement in one area keep you from making progress in another.  Make progress where you can.  If you need to slow down in one aspect, start working on something else.  Even if you don't hit your goals, it is good to keep pushing towards them.  If I don't hit the 50k words this year, I will try again next year. :)  The goal is to keep going--whatever that looks like.
Posted by K.T. Grey at 6:16 PM
Email ThisBlogThis!Share to TwitterShare to FacebookShare to Pinterest
Labels: emotional, physical