Stretching the Limits and Facing Your Fears 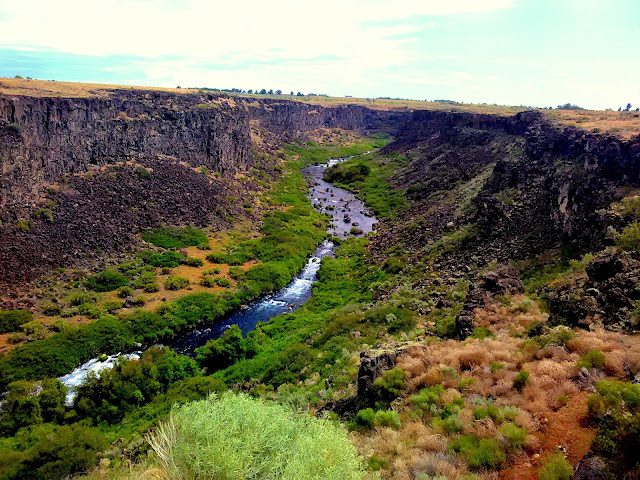 I had the opportunity to travel across the country this past week for a special graduation celebration. *Shoutout to Rachel! Congratulations!*  As a part of the trip, which even most "normally healthy" people would find exhausting, there were some fun extras that got thrown in.  Some were physically taxing and others were less so.  One such endeavour was hiking through a canyon in Idaho.  As a Midwesterner, I can attest that our version of "hiking" is very different and involves some moderate hills with a few lakes if you're lucky and in the right part of the state.  We do not have cliffs, canyons, massive rocks, and certainly not most of the nature you'll see in the posted pictures.  When the hiking trip was originally brought up, I'll admit I was a bit intimidated at the prospect of a "real western hike."  What if I was too weak?  What if I slowed everyone else down or couldn't finish?  What if it made me too sick to do anything else the rest of the trip?

Ultimately, against the advice of even my closest friend around I decided to try.  I wasn't going to miss this chance to spend the day with the group or the chance to have hiked a real, proper canyon.  I tried to mentally prepare myself for the challenge and got as many details as possible from people who'd gone on this hike before so I knew what to expect and where the worst challenges might be.  It was somewhat helpful, though it did make me wonder if I had made the right decision or not.  Even on the drive out to the canyon I was still wondering if I should have just stayed at the hotel and rested for a few more hours...

The hike itself was physically draining, and there were points where I could feel my spoons fleeing me by the handfuls instead of being carefully portioned out.  My knees were woefully unprepared for the steep climb down and up, and breathing became a little difficult at points when the rain came and we were trying to hurry back the way we'd come to avoid the mud for the worst parts. 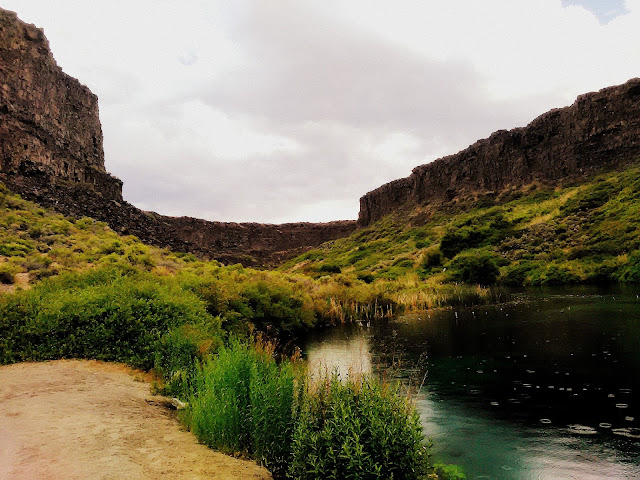 When we finally came back to the top of the canyon and looked down the steep face of rocks where I'd just been struggling to get back out, I was awestruck.  I could barely believe that I had really conquered this personal equivalent of a marathon and lived to tell about it.  I was so relieved and happy from the experience and the fun company and the great pictures, that I was ready to tell the world I HIKED THROUGH A REAL CANYON!  Then I stopped.  Wave after wave of exhaustion hit me, and I had to sit on a rock until I could breathe deeply enough and my knees would stop shaking enough that I could walk back to the cars.  Should I really tell people?  Would anyone even believe me?  Worse, would they think my fibro was all a big joke?  Surely if I could hike through a legitimate canyon I could work in a normal job like everyone else and maintain a normal lifestyle.  Sick people were supposed to always be sick.  Sick people weren't supposed to test those limits or they risked losing what little understanding may have been extended to them.  Was it really worth it?

This probably seems like an odd response to having just hiked through such beautiful surroundings for the first time, but to anyone who has ever struggled with an invisible illness that makes everyday life a struggle and has to take great care in each choice to expend their energy, it makes a lot of sense.  Hiking that canyon was a big deal for me.  It was something that I honestly didn't know I could do, and common sense said I couldn't.  It was a challenge that took me to the end of my strength and energy and pain tolerance, but it also showed me such natural beauty and outdoor solitude and opportunity for deep and meaningful conversation with good company.  For me, it meant a lot to finish, even if it took what energy I had left.

After living with fibro for a while now, it's easy to forget or ignore the limits and pay for it later.  It's also easy to flip to the other side of the spectrum and become afraid of planning to have energy and then running out of it too early.  The problem is, if you only ever plan to have the minimum amount of energy, you won't be able to do anything.  The hard part is learning to aim for the middle--to know when to aim high and when to aim lower, and how to somehow land between the two often enough that you don't sabotage your own health or become a recluse.

As a chronically ill Christian, it's easy to only push yourself for "ministry-related" activities and to limit yourself when it comes to your personal life, but while your body needs rest, it also needs to be reminded occasionally that you are still alive, and God hasn't made you sick to punish you.

So, when you can go out and do things (like climb a mountain or watch a movie) do it.  Push yourself occasionally and see what happens.  You won't regret those memories or conversations.  But, don't let other people make you feel guilty for the times when you just can't do it.  You will have days when your body can't handle getting off the couch, and then there are days when you can literally hike through canyons.  When you can hike--hike.  When you can't get off the couch--don't.  Don't be afraid to know your limits, and don't be afraid to occasionally push them. (Remember, guys, I said OCCASIONALLY...) 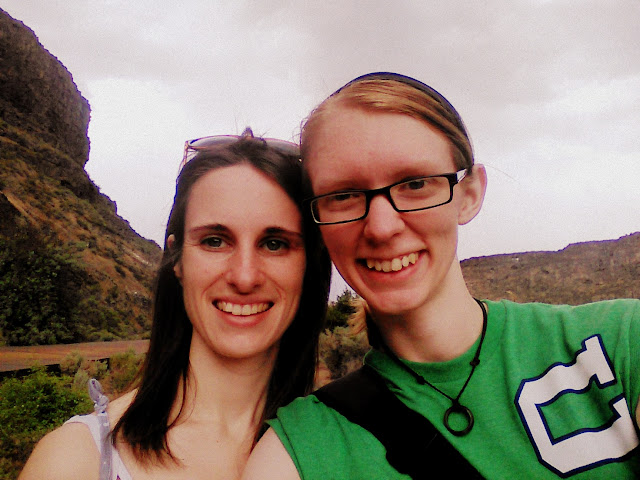